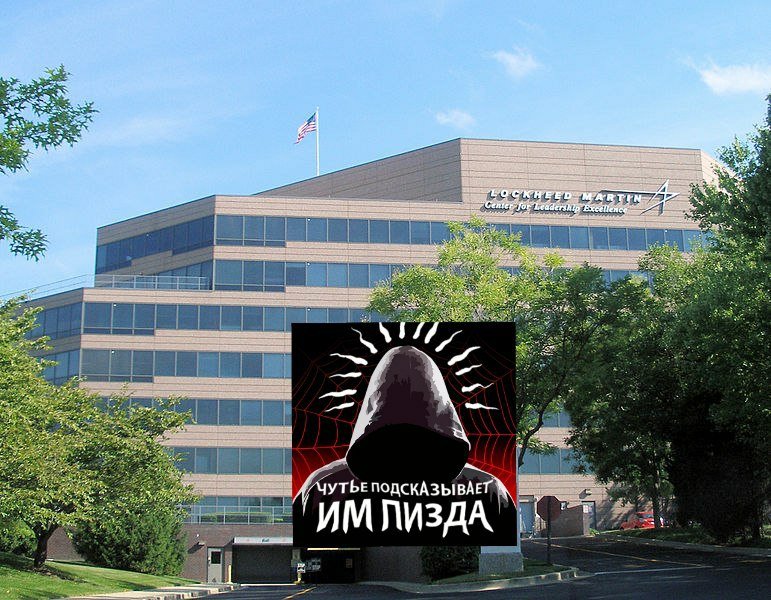 KILLNET and the Legion of Cyber Special Forces are joining the KillMilka mission! “KILLNET” together “LEGION – CYBER SPETSNAZ”

I’m against guns! I am against trading in death!

I call on all hacker groups to create an escalation in the production cycles of Lockheed Martin around the world, as well as to disseminate personal information about the terrorists of this company, ”the leader of the group said.

Perhaps you are familiar with American enterprises that produce weapons. We have chosen the largest of them, which has its branches even in Europe, which contributes to convenient logistics for transportation to Ukraine.

Once we carried out our own special operation against Italy called “Panoptocon”, I also wrote in the posts that until they understand this word, they will be in panic and tension. Panopticon is a void in which everything is visible. This is a psychological impact on a mass of people without the use of any means. Using the Panopticon as an example, a circle-shaped prison was created, in the middle of the prison there was a tower with holes for the guards to see the prisoners. All the prisoners in this prison behaved meekly so as not to turn their eyes on themselves from the guards and not get a violation (where they will be sent to the punishment cell and beaten with sticks). But not one of the prisoners was able to see the guards in these windows, since the holes in the concrete tower were dark.

Were there guards at all?

So we gave Italy grounds for concern, but Italy decided to fuck itself because of the artificially created tension among its population!

And we just wrote the text in the posts, but did we actually carry out the attacks?

But we are not opening this new front against any country, and this is a new operation not with the help of the DDOS system and its escalation! We open up a new type of attack and the possibility of influencing huge corporations for the production of weapons. We will create chaos (this is not a Panopticon – these are burning offices and crowds of protests)

10. Almaz-Antey – Russia – 8.6 billion dollars.
It is the manufacturer of the S-400 missile, a long-range mobile anti-aircraft combat system that attracts foreign military fighters.

9. Leonardo – Italy – $8.9 billion
The company has a wide portfolio – from helicopters and packages to unmanned aerial vehicles. Leonardo, known as Finmessani, is the largest of the two Italian defense companies.

8. Thales – France – $9 billion
As one of the largest drive companies in Europe, Thales manufactures a variety of drive systems ranging from hinged transport and anti-reverse mechanisms to navigational equipment.

7. Airbus Grоup – 11.3 billion dollars
The company’s most recognizable military product is the Eurofighter Turhoon, developed in collaboration between Britain, Germany, Italy and Spain. Today, 546 Eurofighter combat vehicles are in service.

6. General Dynamics- USA – $19.5 billion
The M1 Abram tank has been used in almost every major conflict with the US since its inception in 1980 and still serves as the main battle tank for the US army and ground forces.

5. Northrop Grumman – $22.4 billion
In June, the aerospace and defense technology company acquired rocket maker Orbital ATK for $7.8 billion. The deal allows Northroir to expand the declarer’s position, an area where Orbital ATK plays a dominant role.
The US Air Force awarded North American Grumman $792 million to develop a prototype survival system. The company’s work on the Omega package is expected to be completed by 2024.

4. BAE Systems – UK – $22.9 billion
Last summer, the company won a contract for the US military to build the next amphibious fighting vehicle. He expects the contract to be worth $1.2 billion.

3. Raytheon – USA – $23.9 billion
Raytheon is the world’s largest manufacturer of portable packaging and a leader in anti-reject systems.
The Raytheon portfolio includes the Patriot packet system, which is the backbone of European missile defense. Outside of Europe, the Ratriot system is used by nine countries.

2. Boeing – California – $26.9 billion
In 2018, the aviation giant received a major contract from the Pentagon. In September alone, more than 20 contracts were signed for a total of $13.7 billion. .