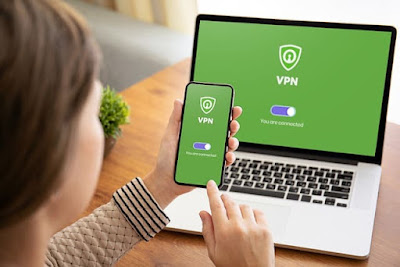 Procedures and precautions for building a secure environment by introducing VPN

Now that information and communication infrastructure has become indispensable in corporate activities, it is essential to build a safer environment. VPN (Virtual Private Network) is widely used as a secure communication method for that purpose. Various VPN services are currently provided, but in this article, let’s revisit VPN and see the necessity of introduction and precautions when introducing it.

What is a VPN?

VPN is an abbreviation of “Virtual Private Network”, which literally means “virtual private line”. As the name suggests, it is a communication method for exchanging data by setting up a secure dedicated network on the Internet. By using a VPN, you can block access from the outside, making it difficult for data to be tampered with or stolen, and it is possible to exchange important data within a highly confidential company more securely.
With the spread of smartphones and tablets these days, services that use the Internet are diversifying. In addition, it is becoming more common to access internal systems and exchange information with business partners from outside via the Internet. Until now, in order to ensure its security, we have built a dedicated line that physically connects only between communications, email encryption, and “SSL (Secure Sockets Layer)” have been used. .. However, leased lines are often expensive, so we cannot meet the need for communication without incurring costs and ensuring safety. That’s why VPNs came to be used.
Let’s take a quick look at how VPNs are getting a lot of attention. Generally, to use a VPN, install a VPN-dedicated router on the line that connects to the Internet. You will access various communication destinations via the VPN router. A tunnel-shaped leased line will be provided between this dedicated router and the communication destination.
VPN is a mechanism that ensures safety by installing a tunnel-shaped virtual leased line on the Internet, and costs are lower than installing a physical leased line. In addition, there are multiple types of VPN construction methods, but they are mainly divided into two types: “Internet VPN” and “IP-VPN”.

Internet VPN
Internet VPN literally uses an internet connection. Since it uses an existing network, it does not cost much, and it has the advantage of being quick and easy to use, such as the fact that you can build a VPN simply by installing a VPN router at your base. However, since it uses a public network, it cannot be said that there is no unauthorized access, and it is said that communication speed and security are inferior to IP-VPN.
On the other hand, IP-VPN uses a closed network owned by the telecommunications carrier, which can improve security and reliability. In addition, since this closed network can only be used by users who have a contract with a telecommunications carrier, there is no need to worry about spoofing or falsification of data by other users, unlike Internet VPN.
Another feature of IP-VPN is that it does not need to encrypt data, so its response speed and line speed are fast.

What can you do with a VPN?

You can build a LAN in a pseudo manner without being physically restricted.
Before the advent of VPN, the lines were connected by laying a dedicated line, which was physically restricted. However, with VPN, you will be able to build a pseudo LAN on the Internet or a closed network.
You can build an environment close to a dedicated line at low cost.
While high security can be ensured with a dedicated line, connecting at multiple locations is costly and impractical. However, with a VPN, you can virtually build a dedicated network, which can significantly reduce costs.
In addition, due to the diversification of working styles these days, more and more companies are introducing telecommuting and satellite offices. In such cases, it may be necessary to ensure the security of communication using your home Internet line or Wi-Fi spot. Even in such a case, VPN can build a secure environment with a virtual private line, and if it is an environment that uses a Wi-Fi spot, it is also possible to encrypt the communication content so that the data content cannot be decrypted. is.
Furthermore, in enterprises, the importance of ICT utilization is increasing due to corporate growth and work style reforms, and the traffic and costs of enterprise networks are rapidly increasing due to the introduction of new devices and applications. Therefore, optimizing the corporate network has become a major issue for enterprises.
Under these circumstances, SOFTBANK’s secure integrated VPN service ” SmartVPN ” using a closed network is attracting attention . The advantage of SoftBank’s “Smart VPN” is that it has a high affinity with other cloud services. Among them, some convenient services such as ” Internet VPN access ” that provides an expandable remote access environment and ” PrimeDrive ” , an online storage that incorporates various functions required for corporate use, can be used for free, which is economical. It can be used as a network that combines convenience.
Until now, complicated VPNs tended to coexist between each line, but with the introduction of SmartVPN, VPN design can be simplified and flexible configurations can be met without being aware of charges and bandwidth between plans. It can be said that it is also an advantage that it is easy to realize.

Why do you need a VPN?

Let’s look back on why you need a VPN and the benefits of using a VPN.
Employees can work using wireless LAN
By making a VPN connection from the notebook PC of an employee who frequently accesses the internal system from outside, it becomes possible to securely access the internal system from outside the company. For example, when an employee works at home or in a cafe, the communication content may be read by a third party using the internet line at home or free Wi-Fi in the cafe, and safety cannot be guaranteed. However, if you have a VPN installed, you can block access from third parties.
You can build a LAN between offices
When building a LAN with multiple offices in remote locations, it was necessary to set up a dedicated network for each office. However, by introducing a VPN, the LAN environment can be integrated and it is possible to build a single network connecting offices. For example, when you want to connect the Tokyo head office and a local branch with a LAN, you can access the data of the Tokyo head office from the PC at the branch office by connecting using VPN. Costs can be significantly reduced because no lines are physically laid.
Use IP phones safely
IP phones such as Skype and Google Hangouts are not very secure and can easily be tapped. The same applies to communication apps such as LINE and WeChat. With a VPN, all calls to the other party will be encrypted, so you will be able to make secure calls.

Now that information and communication infrastructure has become indispensable due to the diversification of work styles, it can be said that the introduction of VPN is indispensable for more secure communication. Internet VPN is a good choice for easy deployment, but IP-VPN is still a wise choice if you want to protect sensitive information within your enterprise. Why don’t you check once again what are the benefits of introducing a VPN for your company?