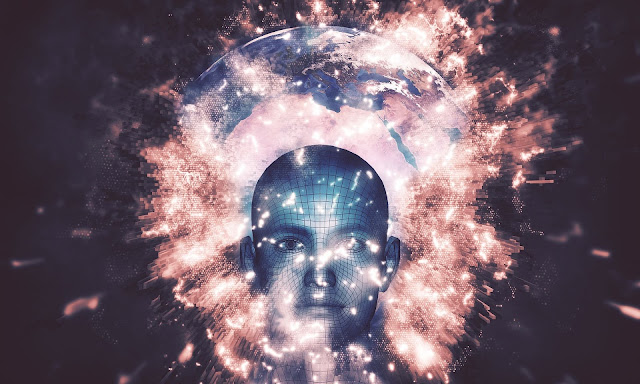 It has become widely known that AI can recognize objects in images and read conversations. Furthermore, it is said that emotions can now be read from human facial expressions, and there is an increasing possibility that they will be introduced into video conference negotiations in the future. On the other hand, there are criticisms that the use of AI that reads emotions will lead to excessive monitoring and privacy invasion.

Until now, most AI-related news reports have been related to image recognition and voice recognition, but with the evolution of AI, it is likely that there will be more reports and discussions on sentiment analysis AI in the future.
In the United States, sentiment analysis AI that works on online conferencing systems has recently appeared one after another and has become a subject of controversy.
For example, Silicon Valley startup Uniphore announced on March 1, 2022, the sentiment analysis AI “Q for Sales” aimed at supporting business negotiations . It is a sentiment analysis AI that uses computer vision, tonal analysis, conversation analysis, natural language processing, etc. It is said to read emotions from the facial expressions of the business partner and increase the business negotiation success rate.
The company cites the fact that many business talks have been held in video conferences due to Korona-ka as the background to the announcement of this tool. Before Corona, 61% of B2B sales were conducted in person, but now 66% are conducted on video conferences.
In face-to-face business negotiations, it was possible to “read the air” due to slight changes in the other person’s facial expressions and gestures, but that is difficult on video conferences. The company is also trying to make this “reading the air” possible on video conferences with AI.
However, this sentiment analysis AI must record the situation of the video conference for analysis, and must ask the business partner for permission to record. In that case, there is a risk that the other party will be ready and it will be difficult to analyze emotions by AI.
In the opinion of Grace Briscoe of Basis Technologies, the protocol of the U.S. emerging tech media is that people are generally ready to be recorded, recorded and analyzed when signaled to start recording. Many people find it unpleasant, pointing out that it can be difficult to build the relationships you expect .
It has also been pointed out that in sensitive fields such as financial services, many people may dislike recording business negotiations.

Development of sentiment analysis AI promoted by each company

Uniphore isn’t the only developer of sentiment analysis AI for business negotiations.
Sybill is a US startup that is seen as a direct competitor to Uniphore. We are developing AI that measures the degree of interest of business partners from body language.
The AI ​​that can be used on Zoom, which is widely used, analyzes changes in the degree of interest of business partners during video conferences, and shows which remarks and slides have increased interest.
It is also reported that Zoom is developing a similar AI in-house.
The first report of this news was published in the media Protocol article mentioned above .
According to the article, Zoom is developing a new feature called “Zoom IQ for Sales.” This new feature automatically creates minutes and analyzes the sentiment of the opportunity partner in a report at the end of the opportunity video conference. It was originally developed by Zoom and can be integrated into the Salesforce system.
The development of sentiment analysis AI that assumes situations other than business negotiations is also underway. Intel and Classroom Technologies are jointly developing a classroom-specific sentiment analysis AI.
According to a report on April 17th of Protocol, the two companies are developing a sentiment analysis AI that is supposed to be integrated into the online lesson tool “Class” provided by Classroom Technologies. Class is an online lesson tool that works on Zoom. The AI ​​under development can analyze the degree of concentration and understanding of the lesson from the facial expressions of the students. At the moment, it is in the demonstration experiment stage.