What is Deep Learning? 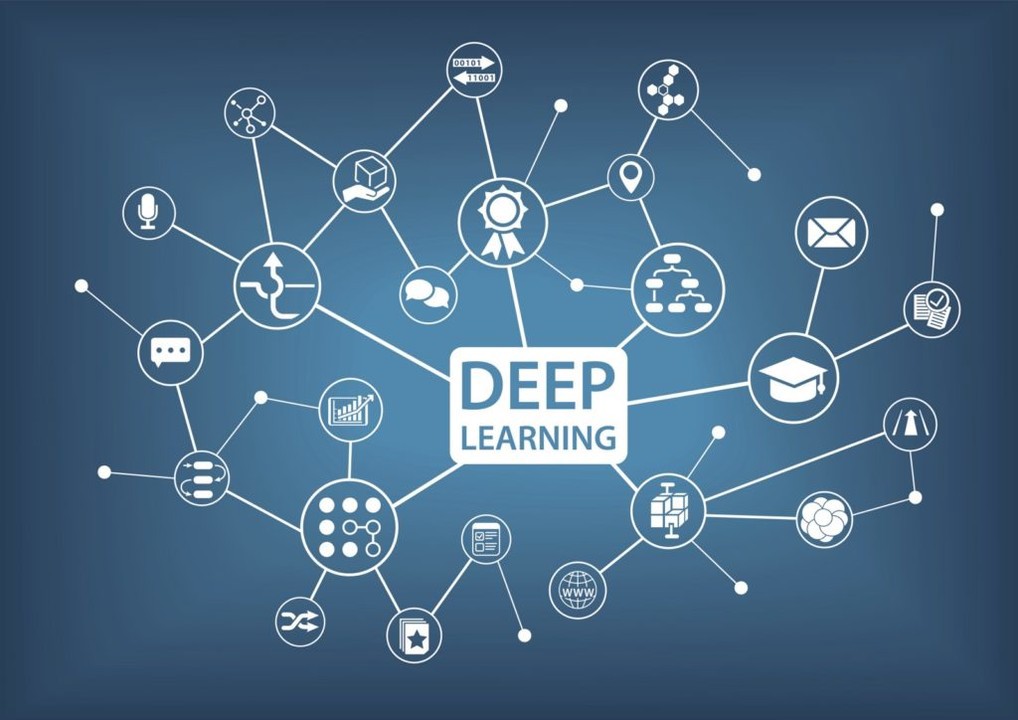 What is Deep Learning?

Deep learning ( DL ) uses algorithms similar to the way neurons are used in the human brain.Machine Learning (ML)is a subfield of Deep learning creates artificial neural networks and layers based on how the human brain works. Deep learning is a machine learning technology that teaches computers what we humans do easily and naturally through examples in our lives.
We see deep learning technology in self-driving cars, which can distinguish people from green to red, from a street, and even measure the distance between two cars. It is a technology that enables voice-activated cell phones, facial recognition on TVs, and gesture operation of personal devices. Deep learning has gotten a lot of attention in recent years, and with good reason.

The history of deep learning

Going back to its origins, deep learning first appeared in 1943 when Warren McCulloch and Walter Pitts created a computing system that used mathematics and algorithms to replicate neural networks. Some progress was made in the 1950s, 1960s, 1970s and 1980s. The biggest advances in deep learning occurred in 1999, when computer processing speed increased and graphics processing units were developed. Over the next decade, clumsy and inefficient systems became 1000x faster.
It was in the mid-2000s that deep learning as a term began to appear regularly in technology conversations. The term became popular when Geoffrey Hinton and Ruslan Salakhutdinov published a paper on how to train multi-layer neural networks one layer at a time. Google took it one step further with an algorithm that could recognize cats in 2012. Known as the cat experiment, the algorithm used unsupervised learning to display 10,000,000 images of cats on a system and train it to recognize cats. They did better than their ancestors with partial success, but recognized less than 16% of the cats displayed.
Google invested in UK-based intelligence start-up DeepMind two years later, and in 2016, Google DeepMind’s algorithm AlphaGo learned the complex board game Go to become a professional player in a competition in Seoul. You have created history to beat human players.
Deep learning, a sub-discipline of machine learning, is a field that continuously learns and improves by examining its own algorithms. Deep learning is based on artificial neural networks built to mimic human thinking. Until recently, these neural networks were limited in complexity due to limited computing power.
Big Data AnalyticsWith this rapid development, neural networks are becoming more complex and sophisticated. From this, computers can observe, learn and react to complex situations faster, sometimes faster than the human mind. The model is continuously trained on a large labeled dataset and a neural network with multiple layers. Supporting image classification, translation capacity and speech recognition technology, deep learning decodes pattern recognition without human assistance.

Machine learning in our daily life,deep learningOr, the use of terms such as artificial intelligence is increasing. What exactly do these terms mean, and in what specific fields will they be used?
In ” How Do Machines Learn? “. In this article, we will take a closer look at each of the subfields of machine learning and explain the various technical terms that are used repeatedly in connection with this topic. A sub-discipline of machine learningdeep learningis considered a branch of artificial intelligence. 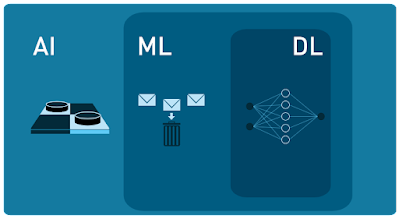 AI refers to mimicking or replicating the structure of human behavior, usually by means of a machine or computer program in general. The term AI is used in various subfields, such as expert systems, pattern analysis systems, or robotics. AI-powered systems utilize a variety of methods, including statistical algorithms, heuristic procedures, artificial neural networks (ANNs), or other machine learning variants, to mimic or model human behavior and decision-making structures.

deep learningis a method of machine learning that independently builds (trains) general rules obtained from example data as an artificial neural network during the learning process. Especially in the field of machine vision, neural networks are usually trained through supervised learning, such as predefined results on data and example data. 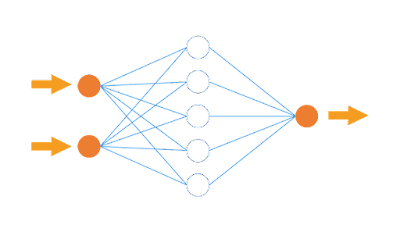 A method of machine learningdeep learninguses a specific type of artificial neural network (ANN), which first requires a training job on sample data. After that, the trained ANN can be used for that task. The use of a trained ANN is called “inference”. During inference, the ANN re-evaluates the evaluation results on the provided data according to the learned rules.
report. The result of these evaluations can be, for example, an estimate of whether the input image is defective or represents an error-free object. 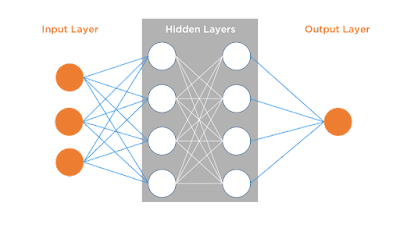 deep learningThe term refers to training on so-called “deep” artificial neural networks (ANNs). This artificial neural network consists of input and output layers as well as hundreds of additional “hidden” layers that exist between the visible layers for input and output. The resulting matrix from the hidden layer is used as the input matrix for the next layer. In this case, only the output matrix of the last layer contains the result. 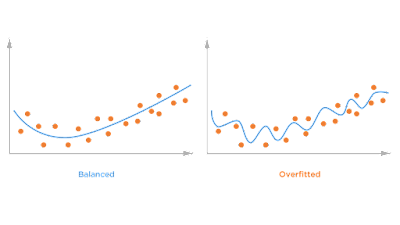 When training an artificial neural network (ANN), the initial focus is set randomly. Then the sample data is gradually added. Learning rules are used to adjust the weights of relationships based on input data and expected outcomes. The ultimate effectiveness of an ANN, which means the accuracy of its evaluation of outcomes, is strongly influenced by the example data used in training. In general, the more volatile example data your training contains, the more accurate your inference will be. When training is performed using very similar or repetitive data, the ANN will be unable to estimate data in areas other than the example data. In this case, we describe the ANN as “overfitting”.

No one hates cookies, regardless of size. An analogy for a cookie like this isdeep learningshows how it works.deep learningThe field of application of is very diverse. Especially in the field of machine vision.deep learningis a popular method for a wide variety of tasks. in the visual fielddeep learningPerhaps the most common task that fits into the image analysis task for classification and segmentation of image data.

In the image classification task, images are assigned to different classes, such as separating the images into defective and healthy components, sorting them according to the type of defect, or assigning empty images to different categories. It’s similar to checking to see if something went wrong with the cookie or if part of the cookie was broken during the cookie making process.

The image segmentation operation assigns each pixel in the image to a class. This allows you to identify different objects in the image. For example, you can identify different pieces of fruit in a shopping basket or differentiate between traffic signs, roads and people. Image segmentation allows you to see what shape cookies are being transported on the assembly line, such as round, square, hexagonal, and more.

deep learningcan be useful for processing and optimizing image data (e.g. to remove noise that interferes with the image or to compensate for interference caused by optical lenses)

What do you achieve with deep learning?

Deep learning is a part of our daily life. For example, when you upload a photo to Facebook, deep learning helps by automatically tagging your friends. If you use digital assistants like Siri, Cortana or Alexa, they serve you to the benefit with the help of natural language processing and speech recognition. When you meet with overseas customers on Skype, it translates in real time. Email service providers recognize spam even if you don’t deal with it yourself. There are many examples of this.
Giants like Google have been leveraging deep learning for years and are now working to provide next-generation solutions. They were able to mimic the human voice and generate natural sounds that could be obtained from a speech system. Google Translate uses deep learning and image recognition to perform speech translation and recognition of written language. Google’s PlaNet can tell you where a photo was taken, and TensorFlow has built a variety of artificial intelligence (AI) applications.
Today, a variety of industries are applying deep learning at the core of their capabilities:

Deep learning is used extensively for satellites to identify specific objects or areas of interest and classify them as safe or unsafe for soldiers.

The heavy machinery sector is an area that requires many safety measures. Deep learning helps improve worker safety in these environments by detecting people or objects entering within the unsafe radius of heavy machinery.

Deep learning powers all chatbots and service bots that interact with customers, enabling them to provide intelligent answers to increasingly complex voice and text-based queries. It is constantly evolving.

Tasks that were once performed manually for hours can now be entrusted to computers. Black and white images can be colored using deep learning algorithms that can place the image’s content into context and accurately reproduce it with the right colors.

This feature, which leverages deep learning, will not only serve a variety of security purposes, but will soon be available for purchase in stores. Facial recognition is already being used extensively at airports to facilitate paperless check-in. Deep learning will go one step further and make facial recognition a means of payment even when a person has changed their hairstyle or lighting is not optimal.