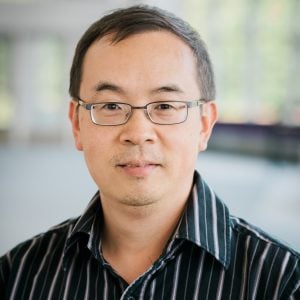 Cai’s comments explain that the most common type of attacks on rural governments are ransomware attacks and phishing emails. When ransomware infiltrates a computer system, those impacted can’t access their information systems until they pay ransom to the hackers, usually in the form of bitcoin. Rural governments often become targets of such attacks because of their lack of expertise or resources to defend themselves, Cai said in the story.

“A lot of small towns think, ‘Well, we don’t have a lot of valuable information in our computer system, so we don’t care.’ No, that’s wrong,” Cai said. “They want to use your machine, your systems, as a stepping stone to launch a further attack.”

To lessen such attacks, the article notes that the federal government included a new $1 billion cybersecurity grant program in a bipartisan infrastructure law passed last year. It allocates the bulk of the funding that states receive for their local governments, with 25% of the money earmarked for rural governments.

Cai said he hopes rural officials use the new federal money to boost their IT infrastructures and software, as well as to hire staff.

“Maybe hire a cybersecurity person, or to ask for third-party consultants, or some help from experts to help them test their systems to see how they can improve them,” Cai said.