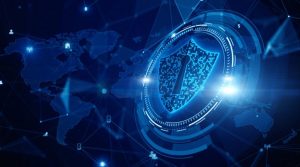 Cybersecurity is one of the most crucial industries considering the number of cyberattacks we get to witness with every passing day. Gaining insights from the best influencers helps in making the right strategy. On that note, have a look at some of the most trusted names in the cybersecurity business who are trying their bit to shine light on various aspects of Cybersecurity. Here, we will talk about top 10 cybersecurity experts and influencers to follow in 2022.

Spiros Margaris has always been one among the top cybersecurity influencers. He is also a regular speaker at international Fintech conferences. With extensive industry knowledge, Spiros has gained recognition as one of those cybersecurity experts whose opinion does matter. Identifying large security threats such as zero-day vulnerabilities and WAF flaws is no less than a cakewalk for Spiros.

Katie Moussouris, founder of Luta Security, is a well-known cybersecurity expert who gained recognition for her security research and vulnerability disclosure. She actively takes part in cybersecurity activities. One such activity that is definitely worth a mention is that of the US Department of Defence where she created a bug bounty program.  This program aims at reporting security-threatening bugs in exchange for compensation and recognition.

Brian Krebs takes pride in authoring about 1500 blog posts for the Security Fix blog. He is an independent investigative journalist and worked as a reporter for The Washington Post from 1995 to 2009. Brian has a website of his own – KrebsonSecurity where he writes about cybercrime. No wonder why he makes it to the list of top 10 cybersecurity experts and influencers to follow in 2022.

Daniel Miessler has over 20 years of experience in the cybersecurity domain. He is a renowned cybersecurity expert and maintains a blog that is a home to over 2500 essays, articles, and tutorials. So far, he has worked with several top global companies. He currently has close to 120K followers on Twitter.

Kevin Mitnick has grabbed eyeballs for hacking into 40 different corporations. Kevin Mitnick is one of the most followed cybersecurity experts on Twitter with over 250K followers. He is an excellent public speaker and also an author of multiple security-related books, including his autobiography about being a wanted man.

The manner in which Kaspersky got into the cybersecurity domain is definitely worth mentioning. His computer was infected by Cascade in 1989 and what followed is a never endingnever-ending legacy of fighting cyberattacks all by himself. Soon after, Kaspersky was launched. Kaspersky is regular at giving cybersecurity lectures at universities, and various global conferences.

Raj Samani is a special advisor to the European Cybercrime Centre in The Hague as well as the Chief Scientist and McAfee Fellow for cybersecurity firm McAfee. He is known for his contribution to the computer security industry through numerous awards, including the Infosecurity Europe Hall of Fame.

Jeremiah Grossman is the founder of WhiteHat Security and is widely recognized as a cybersecurity expert. He is a regular contributor to discussions about cybercrime in the Washington Post, NBC Nightly News, and USA Today, to name a few. Yet another point to note is that Grossman also holds lectures and workshops at tech events like DefCon, ISACA, etc.

Eugene Kaspersky, a Russian cybersecurity expert, has earned worldwide fame with co-founding his company Kaspersky Lab in 1997. What has grabbed eyeballs from every corner of the world is the very fact that Kaspersky Lab has attracted more than 400 million users till date.