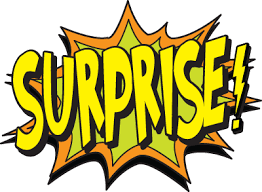 This Q&A should give a degree of comfort to those worried about the impact the No Surprise Act will have on Reference Based Pricing plans. However, one must always consider the source when coming to one’s own conclusions.

“It’s important to understand that the No Surprises Act doesn’t prescribe how the plan pays the provider initially, only that the member can’t be balance billed.  Instead, the plan and provider must reach an agreement or take the case to arbitration. This means the plan can continue to reimburse surprise bills using the current reference-based price. Any disagreement would be handled in the same manner it is today, except instead of the member starting the process by reporting a balance bill, the process starts with the provider not being satisfied with the initial reimbursement.”

“So people don’t have to worry if they’re using reference-based pricing that they will have to go from something like 150% of Medicare to 400% of Medicare?”

“No, I don’t think so. Not on an overall basis. Some particular claims will increase. Plans will have to adopt plan language that allows them to go above and beyond their normal operating corridors on the Medicare plus pricing.”

“Yes, just for the surprise bill claims where QPA is higher. In that way, the pricing still has the teeth you want it to have. You need to have the flexibility to increase reimbursement on surprisebills. This will help avoid arbitration, which no one wants to go to. Arbitration is costly for the plans — and for us.”

“We don’t see that……We don’t see a lot of appeals from providers, even those that are “surprise billers.” But the law shines a spotlight on surprise bill reimbursement so we are expecting some pushback that we haven’t historically seen…….There will be some higher rates on some emergency bills, but we don’t believe it is substantial enough to water down the savings of RBP vendors.

RiskManagers.us is a specialty company in the benefits market that, while not an insurance company, works directly with health entities, medical providers, and businesses to identify and develop cost effective benefits packages, emphasizing transparency and fairness in direct reimbursement compensation methods.

This entry was posted on Sunday, December 12th, 2021 at 11:52 am and is filed under Uncategorized. You can follow any responses to this entry through the RSS 2.0 feed.

Both comments and pings are currently closed.