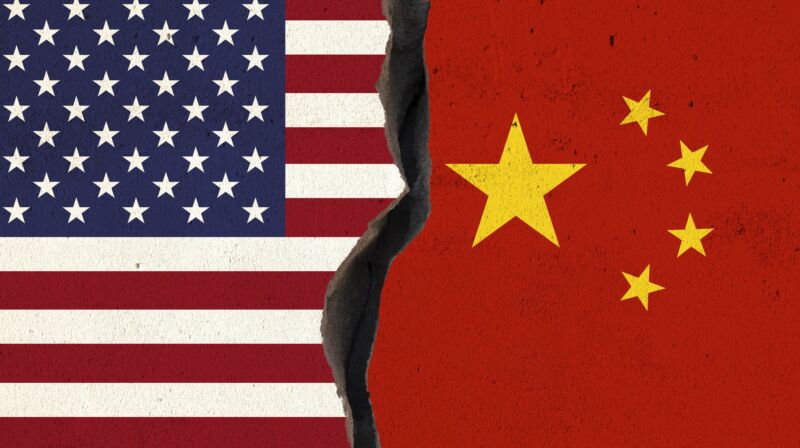 The Federal Communications Commission today voted to block China Telecom Americas from the US market, saying that the “US subsidiary of a Chinese state-owned enterprise” is “subject to exploitation, influence, and control by the Chinese government.” The telco “is highly likely to be forced to comply with Chinese government requests without sufficient legal procedures subject to independent judicial oversight,” the FCC said.

The vote was 4-0 with both Democrats and both Republicans approving the order to revoke and terminate China Telecom’s Section 214 authority to operate in the US. The FCC said its order “directs China Telecom Americas to discontinue any domestic or international services that it provides pursuant to its Section 214 authority within sixty days following the release of the order.”

The FCC pointed to a “changed national security environment with respect to China since the commission authorized China Telecom Americas to provide telecommunications services in the United States almost two decades ago.” The company’s “ownership and control by the Chinese government raise significant national security and law enforcement risks by providing opportunities for China Telecom Americas, its parent entities, and the Chinese government to access, store, disrupt, and/or misroute US communications, which in turn allow them to engage in espionage and other harmful activities against the United States,” the FCC said.

China Telecom made “inaccurate statements” about data storage and security

The FCC began its review of China Telecom after the Department of Justice recommended terminating the company’s authorization in April 2020. The DOJ at the time said that China Telecom failed to comply with a 2007 agreement with the DOJ and that it made “inaccurate statements… to US government authorities about where China Telecom stored its US records, raising questions about who has access to those records” and “inaccurate public representations… concerning its cybersecurity practices, which raise questions about China Telecom’s compliance with federal and state cybersecurity and privacy laws.”

The China Telecom Americas website mostly advertises telecom and networking services for businesses and says the company has its headquarters in the Virginia town of Herndon as well as offices in Chicago, Dallas, Los Angeles, New York, and San Jose. The US subsidiary of China Telecom also offers mobile service called CTExcel, though the US mobile market is dominated by Verizon, AT&T, and T-Mobile. For US customers who need to switch mobile providers, the FCC said it “will issue a consumer guide after the order is released that explains this action and what other options consumers might consider for mobile services.”

We asked China Telecom Americas if it plans to appeal the FCC order today and will update this article if we get a response. “The FCC’s decision is disappointing. We plan to pursue all available options while continuing to serve our customers,” the company told Reuters.