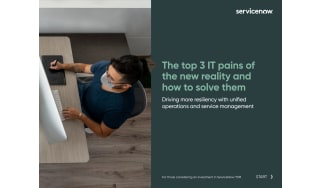 WhatsApp has secured permission in Ireland’s High Court to challenge the Data Protection Commission’s (DPC) decision to fine the company €225 million in August over its lack of transparency in the way it shares user data.

Justice Anthony Barr agreed to grant the Facebook-owned company permission to bring its challenge, and adjourned the matter to next month, as reported by The Journal.

WhatsApp is aiming to quash the DPC’s decision and seek declarations from the court, which include that certain parts of the 2018 Data Protection Act are invalid and unconstitutional and are incompatible with Ireland’s obligations under the European Convention on Human Rights.

The DPC issued WhatsApp with a penalty in August, which was approved by the European Data Protection Board (EDPB), after a two-year investigation which found the company had been unclear in the way it processed and shared data with Facebook, as well as between WhatsApp and other Facebook-owned companies.

The investigation found that the company violated Article 14 of GDPR, which states that data controllers must provide data subjects with sufficient information about the way data is collected and processed.