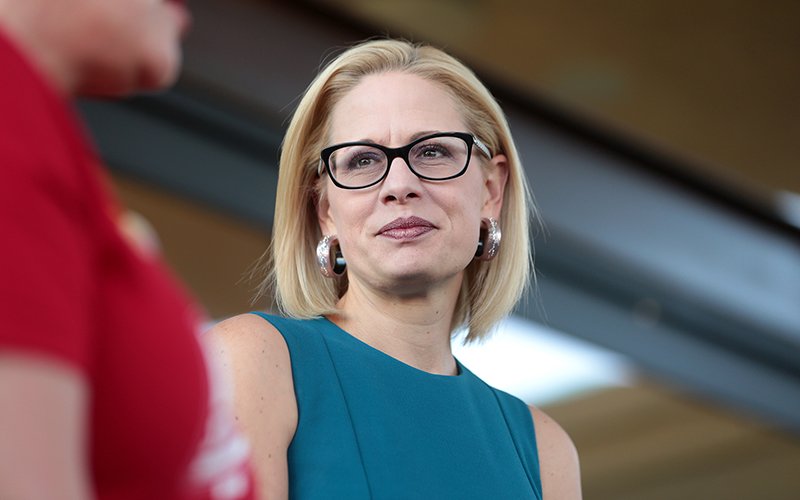 Sen. Kyrsten Sinema, D-Ariz., has been negotiating with the White House and Senate Democratic leadership for two months on the size of the president’s Build Back Better plan, which was originally proposed at $350 billion a year over 10 years. (Photo by Gage Skidmore/Creative Commons) 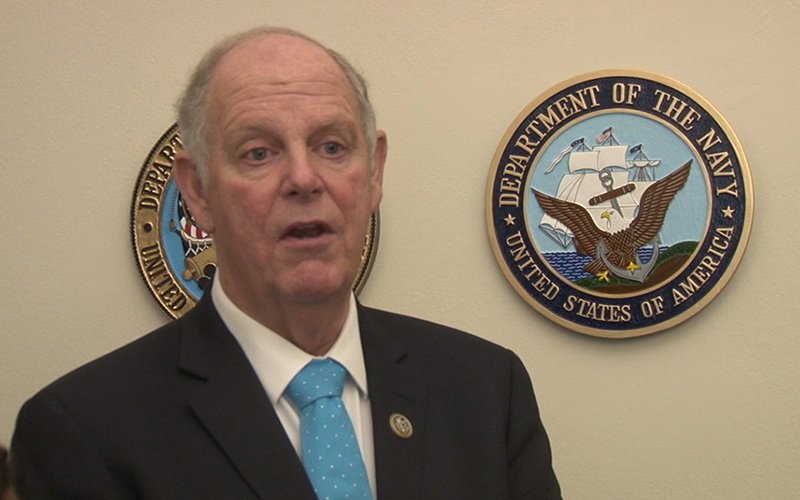 Rep. Tom O’Halleran, D-Sedona, joined a group of moderate Democratic senators and House members – what he called “practical lawmakers” – in a trip to the White House to negotiate Tuesday with President Joe Biden on elements of the Build Back Better plan. (File photo by Marisela Ramirez/Cronkite News)

WASHINGTON – Two Arizona lawmakers were among the House and Senate moderates who met with President Joe Biden this week, as negotiations on the administration’s Build Back Better plan heated up.

Sen. Kyrsten Sinema, D-Ariz., talked with Biden Tuesday and Rep. Tom O’Halleran, D-Sedona, was part of handful of lawmakers who were at the White House to discuss the plan with the president, Vice President Kamala Harris and Treasury Secretary Janet Yellin.

The talks come as White House and Senate leaders are pushing to have a framework for agreement among Democrats by the end of this week on the administration’s 10-year, $3.5 trillion proposal. Republican have roundly rejected it, while moderate and progressive Democrats have been sparring over the cost.

White House press secretary Jen Psaki said after Tuesday’s meetings with lawmakers that Democrats are in “broad agreement that there is urgency in moving forward over the next several days and that the window for finalizing a package is closing.”

One observer said that Sinema and O’Halleran are capitalizing on the fact that every vote is needed on the hotly debated plan.

“Every member has become really important and I think there’s no question that Sen. Sinema and Tom O’Halleran have become part of the entire Build Back agenda conversation,” said Navin Nayak, president and executive director of the Center for American Progress Action Fund.

Nayak said Biden is “looking to every member of Congress, including the two Arizona lawmakers you mentioned, to recognize that doing nothing is the worst possible outcome for the American people and for the planet.” 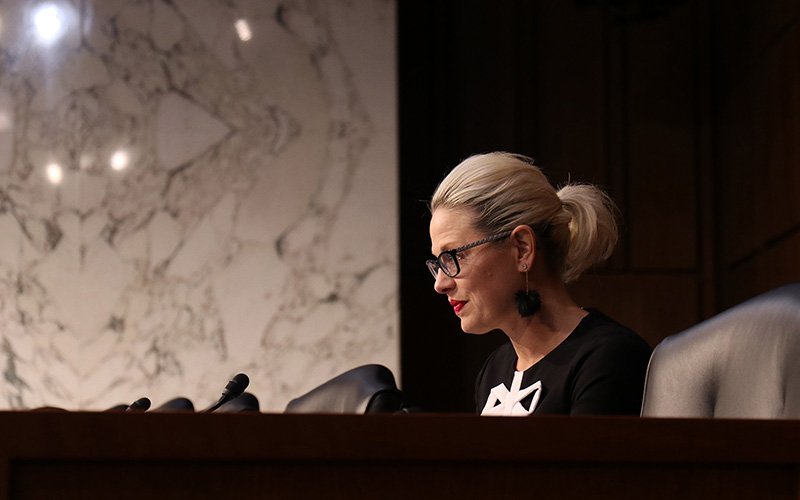 Sinema has been a key Democratic holdout on the plan for weeks, along with fellow moderate Sen. Joe Manchin, D-W.Va., both of whom met with Biden Tuesday. Both Sinema and Manchin have said they are worked about the cost of the plan, while Manchin, a coal state senator, has also raised concerns about clean energy portions of the bill.

Neither Sinema nor O’Halleran responded to requests for comment on the negotiations. But O’Halleran’s office released a statement Tuesday night in which he said he was pleased to be part of a group of “practical lawmakers” pushing for health care, education, climate change and more in the bill, but not at the $3.5 trillion the administration originally proposed.

“Arizonans want their government to do the most good without saddling our kids and grandkids with excessive debt,” O’Halleran’s statement said.

O’Halleran was part of a group of eight moderates – three senators and five House members – who met at the White House for a little more than an hour late Tuesday afternoon to discuss the Build Back Better plan. Their meeting followed meeting that Biden, Harris and Yellen held for a little more than two hours with nine House progressives.

Neither side has revealed many details on the negotiations, but House progressives left their meeting Tuesday and said the president is working to bring the two sides together on a package that would cost between $1.9 trillion and $2.2 trillion over 10 years.

The White House insists that the bill would pay for itself through increased taxes on high earners, without adding anything to the long-term deficit or to the tax burden on working and middle-income families.

Senate Majority Leader Chuck Schumer said Tuesday that he hopes to have an agreement on the framework for the plan by the end of the week.

“We had a spirited discussion at our lunch,” Schumer said after the Democrats’ weekly policy lunch. “It was passionate, strong, and it was universal, universal agreement in that room that we have to come to an agreement, and we have to get it done.”

Schumer and the White House have said that no side will get everything it wants from the bill, and that holding out could scuttle the chance for a historic expansion of social programs.

“Overall, getting something done of this magnitude for the American people is a huge, huge, accomplishment, and that’s what is going to move us forward and bring us together,” Schumer said Tuesday.

That was echoed by Nayak, who said Biden has “laid out a very ambitious agenda” and is willing “make significant compromises to get something done.”

“He’s aware that opposing something and doing nothing because you didn’t get everything you wanted is a huge risk,” Nayak said Wednesday.

Nayak said he is impressed that no lawmaker has issued an ultimatum, but that the progressive and moderate wings are still negotiating.

O’Halleran said after Tuesday’s meeting that he remains optimistic.

“I know that if we continue to work together, we can get this done for working families,” his statement said.