Why Biden’s not doing interviews

Welcome to POLITICO’s West Wing Playbook, your guide to the people and power centers in the Biden administration. With Allie Bice.

In the first nine months of his presidency, he has participated in just 10, none since Labor Day.

It is a distinct feature of this White House.

At this point in their presidencies, BARACK OBAMA had participated in 131 interviews and DONALD TRUMP had participated in 57 (16 of which were within the friendly confines of Fox News), according to presidential watcher and former CBS White House reporter MARK KNOLLER.

Biden’s interview tally is also well off his pace as vice president. As of October 2009, Biden had done at least double the number of interviews he’s done as president, and would often do all three network morning shows on the same day.

Biden’s team is quick to note that he often takes questions from reporters after he does events. Allies of the president are even quicker to note that no one outside of the Washington press corps really cares about press access.

But the lack of interviews reflects the bunker mentality this White House has taken with the media — particularly the extensive back-and-forths where reporters can follow-up, push, and prod. Biden has been especially wary of talking to print publications; he has yet to do an interview with reporters from The New York Times, The Wall Street Journal, The Washington Post, The Associated Press, or Reuters.

He has done three print interviews as president: a joint one with first lady JILL BIDEN for People Magazine, a conversation with one of his favorite columnists, DAVID BROOKS of the New York Times, and with EDWARD-ISAAC DOVERE for his book about the 2020 campaign that was excerpted in The Atlantic on May 25 (the interview was just after the Inauguration).

A White House official told POLITICO that the preference for television was in large part because the medium simply reaches more people. But the official also argued that the D.C. press, print included, is too focused on process, which is not the message Biden wants to get to voters. That, combined with Biden’s well-documented blooper reel, doesn’t give the White House much enthusiasm for extensive sitdowns.

The only downside is the constant scolding from the press, which may actually make the president more popular in the eyes of many voters. But Republicans see the president’s lack of interviews and public events as an opportunity to raise doubts about Biden not being up for the job.

Among the limited press he does, Biden appears to have one preferred format: the televised town hall. Biden is doing his third CNN town hall on Thursday — his second with ANDERSON COOPER — giving CNN the distinction of hosting Biden more than any other network or cable station.

The White House believes this sort of forum allows the president to engage in more substantive discussions, with less potential pitfalls. Still, if it’s reach the White House wants, it’s unclear if a CNN town hall is the way to do it. While the first one in the early weeks of Biden’s presidency scored a large audience, his July town hall underperformed both MSNBC and Fox News’ regular programming, with 1.46 million viewers.

Here’s the full list of Biden’s interviews so far. Notice a pattern we missed? Email us at [email protected].

Do you work in the Biden administration? Are you in touch with the White House? Are you AMY P. SANDS, deputy director of stenography?

We want to hear from you — and we’ll keep you anonymous: [email protected].

Or if you want to stay really anonymous send us a tip through SecureDrop, Signal, Telegram, or Whatsapp here.

27 million seniors and people with disabilities choose Medicare Advantage because it delivers better services, better access to care, and better value. Medicare Advantage has strong bipartisan support because it is a prime example of the government and free market working together to deliver lower costs, more choices, and better outcomes. Seniors and people with disabilities across the country are raising their voices to say, “don’t cut my care.”

After the White House was built, which first lady never actually got to live in it?

(Answer at the bottom.)

WHAT THE WHITE HOUSE WANTS YOU TO READ: A Washington Post column by MAX BOOT with the headline, “It’s not Biden’s fault that covid is still such a big problem. Blame his GOP critics.” Boot writes that there are “legitimate” reasons to criticize Biden, but Covid-19 isn’t one of them.

“It is deeply unfair to blame the president for the recent covid surge (now waning),” Boot writes. “He has done an excellent job of dealing with the pandemic despite incessant criticism and outrageous obstructionism from the right.”

Biden chief of staff RON KLAIN retweeted two of Boot’s tweets, including one in which Boot says Biden’s vaccine mandate was a “bold and gutsy move.”

“How to settle the long list of tax issues is a subject for fair argument,” Asness writes. “But what’s blatantly not fair is to rally support by ranting about Elon Musk, Peter Thiel and private-equity billionaires while writing a bill that mostly misses them, and mostly clobbers people already paying through the nose.”

BREAKTHROUGH CASE — Homeland Security Secretary ALEJANDRO MAYORKAS tested positive for Covid-19 today, according to a department spokesperson. Mayorkas is fully vaccinated. He was slated to travel to Colombia with Secretary of State ANTONY BLINKEN and got tested as a pre-travel precaution, but is now working from home, CNN’s GENEVA SANDS reports.

Mayorkas attended the 40th Annual National Peace Officers’ Memorial Service outside the U.S. Capitol with the president and first lady on Saturday. A White House aide told us “no White House principal” has been in close contact with Mayorkas. They noted the outdoors event was “outside of the 48-hour close contact window.”

VILSACK HITS PICKET LINE: Agriculture Secretary TOM VILSACK will visit United Auto Workers picketers at Deere & Co.’s Des Moines Works on Wednesday, according to the Des Moines Register. The union is on strike for the first time since 1986.

We noted last week that union leaders have praised Biden, but some strike organizers on the ground wished he’d get more involved in the nitty gritty of labor battles. Vilsack will join picketers as a Biden Cabinet secretary, but also as a former Iowa governor who’s familiar with the union.

PLAYING THE INSIDE GAME — From phone calls on the White House veranda to one-on-one meetings with lawmakers, Biden is ramping up efforts to convince lawmakers to support the latest social and climate policy proposals. The president’s strategy underscores the administration’s reliance “on an inside game, rather than the bully pulpit, to dislodge recalcitrant holdouts and move their agenda,” CHRISTOPHER CADELAGO and MARIANNE LeVINE report.

CRUZ CONTROL — Sen. TED CRUZ (R-Texas) has put a hold on BARBARA LEAF, Biden’s pick to lead the State Department’s Middle East bureau, according to an email obtained by ALEX WARD and ANDREW DESIDERIO, escalating the Texas Republican’s battle with the administration over diplomatic nominations and opening a sensitive, new policy fight.

FRIENDLY FIRE: A fellow Democrat, meanwhile, could sink Biden’s nominee for comptroller of the currency, VICTORIA GUIDA reports. Sen. JON TESTER (D-Mont.), a member of the Banking Committee that will vet the nominee, said he has “concerns” about SAULE OMAROVA, an ominous sign for a candidate who will likely need party-line support in an evenly split Senate. Omarova has received fierce pushback from Republicans for wanting to allow the Federal Reserve to provide bank accounts for Americans, rather than private institutions, a move that she says will “’end banking’ as we know it.” 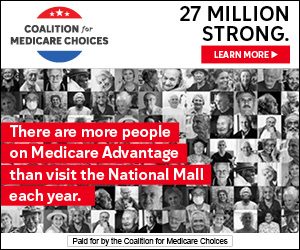 Treasury Secretary JANET YELLEN joined MSNBC’s STEPHANIE RUHLE today to discuss the infrastructure bill, inflation, worker shortage and more. Yellen told Ruhle: Climate change is “very high” on her list for the reconciliation bill ahead of her meeting with Biden.

He met with Sens. KYRSTEN SINEMA (D-Ariz.) and JOE MANCHIN in the morning to discuss his Build Back Better agenda.

Vice President Harris’s communications director, ASHLEY ETIENNE, earned a reputation for being “tough” over the course of a career working for among others, Rep. AL GREEN, House Speaker NANCY PELOSI and former President BARACK OBAMA. The word “is often the first descriptor colleagues offer up” for her, according to a 2020 Vanity Fair profile.

But Rep. PETER WELCH (D-Vt.) took it a step further, telling the magazine that: “She’s smart, she’s effective, and she’s charming … Whether she’s sticking the knife in or taking it out, it’s always with a nice smile.”

In an email, Etienne told West Wing Playbook that Welch was referring to foes, not friends. “He and I worked incredibly closely when I was [Rep. ELIJAH CUMMINGS’] Comms Director for the Oversight Committee and we went to battle with [Rep. DARRELL] ISSA and the Republicans constantly. We’d regularly beat them with less than a quarter of the staff they had — and I’d go to their comms office and dig the knife in even deeper. It was fun!”

Put the knife down, Ashley. ASHLEY…. PUT THE KNIFE DOWN!

ANNA HARRISON, the wife of former President WILLIAM HENRY HARRISON, was going to move into the White House in May 1841, but didn’t after he died in April of that year.

AND A CALL OUT — Do you have a harder trivia question about the presidency? Send us your best one and we may use it: [email protected].

We want your trivia, but we also want your feedback. What should we be covering in this newsletter that we’re not? What are we getting wrong? Please let us know.